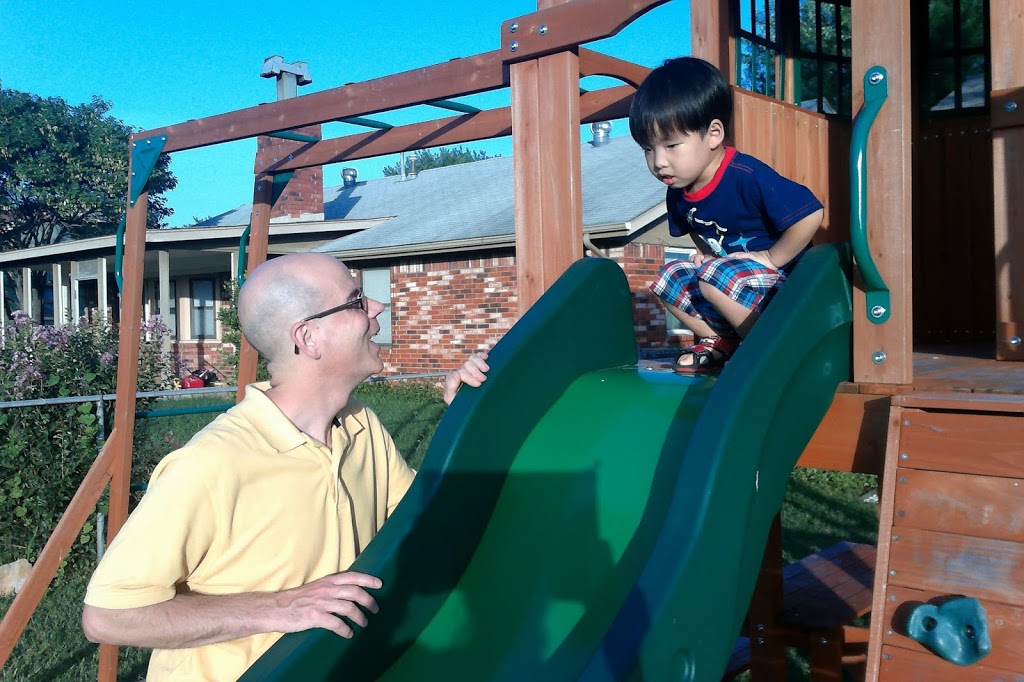 Many of you know our story – Almost 3 months ago, we brought home our son whom we adopted from South Korea.  What an amazing, crazy adventure it was to go through the adoption process, and, WOW! what an experience it has been since bringing him home.  The first pictures we received of Hyun he was only 5 months old.  Once we signed the papers, he was 9 months old, and at that point we thought it would be 4-6months longer before we were able to bring him home.  Due to several changes in Korean law, that changed significantly – and it ended up being more than 2 years longer.

That 2 years was so very difficult… all the wondering and waiting and sacrifice by our family.  The financial sacrifice was that we had to pay all the fees at the time we signed the papers, we would send packages almost monthly to help care for some of his needs, and then we had to make 2 trips to Korea when we had only planned to take 1.  Pain and frustration ripped through us as we heard of him getting removed from one foster home to another; the pictures thereafter would reveal a look on his face that was disconnected and distant.  We felt helpless to have a son, that we knew was our son, yet he was so far away.  He really had no idea that there was a family loving him, praying for him, and longing so deeply for him.

Finally having him in our arms seems so surreal.  His last foster mom was a widow, so there was no father.  I found it interesting, that when we took custody of Hyun that he just could not stop saying “Appa” (Hangul for Father).  No matter what he was jibber jabbering, he was constantly tugging at Ron adding “Appa” to the beginning, middle and end of every sentence.  He was so hungry for a daddy in his life.

To an even greater degree than our adoption adventure, we have a Heavenly Father that loves us so dearly and longs so deeply for us.  He demonstrated sacrifice for us before we knew or accepted him “in that while we were still sinners, Christ died for us. (Romans 5:8)”.  The sacrifice has already been made whether or not we choose to accept Him.

Because our God is so big, these words can be spoken in lament, in anger, and in praise.  We have no reason to hold back these words – I pray that you too will have a hunger and a gratitude to cry out the words “Abba Father” to the God that sacrificed His only son for us.  Cry out these words to the God that was bigger than death, and bigger than all the pain and temptation we face in our lives today, and ultimately is the creator of all things good regarding the removal of our shame and guilt, and the God who has built an eternity for us that is beyond all that we can dream.

Please let me know if there is a way I can pray for your today – it is a privilege to be in this journey with you.

Abba Father… You amaze me!  Thank You for dying for us even while we were or are still stuck in our sinful ways.  Thank You that we no longer need to live in fear because of Your spirit of adoption in which You have given so freely to us. Amen