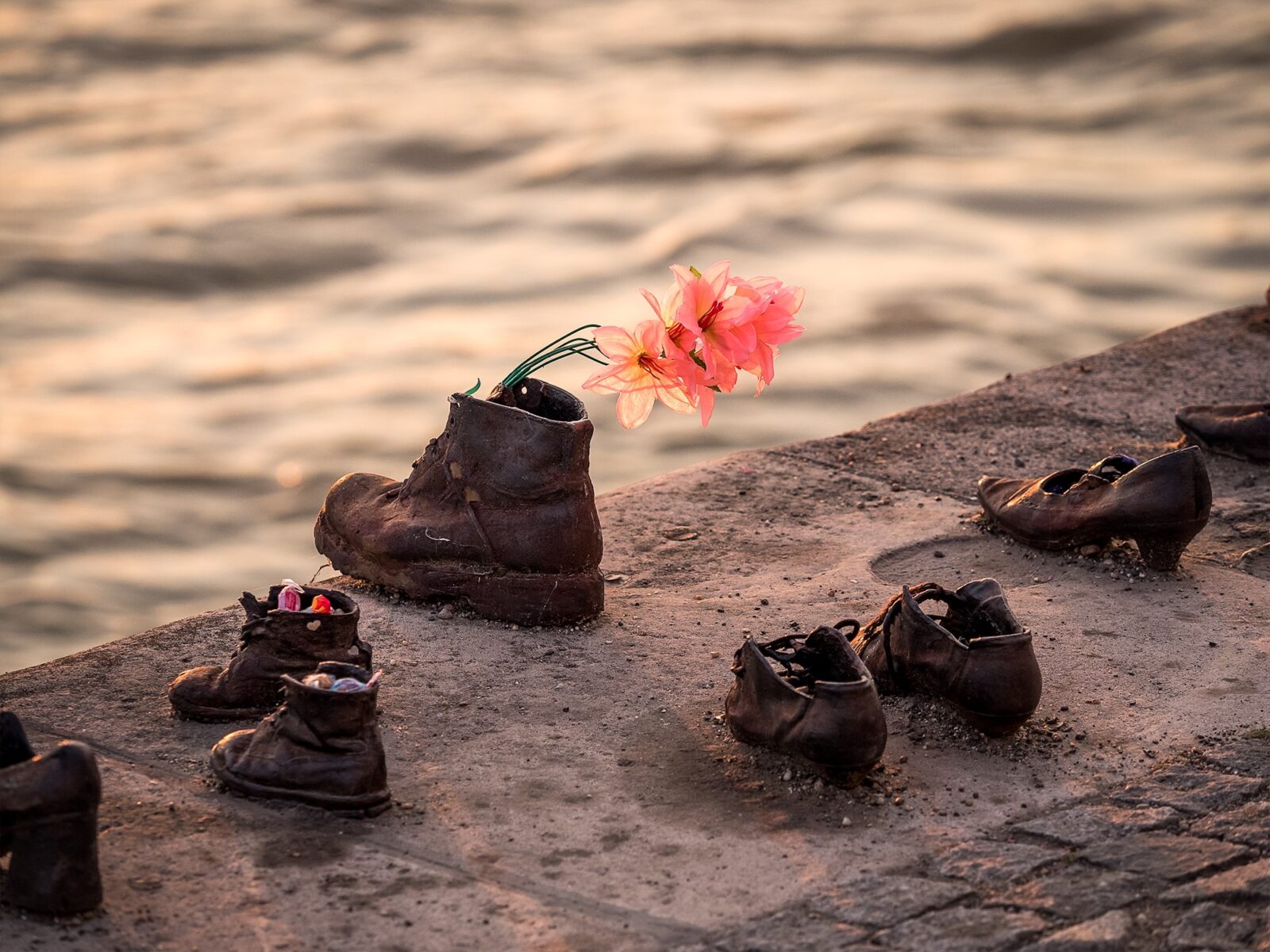 In World War II, Corrie ten Boom was a middle-aged Dutch watchmaker who, along with her family, risked their lives to help Jews escape from the Nazis, and their reward was a concentration camp and unthinkable conditions. For years Corrie played such a profound role within the Resistance, daily risking her own life, networking to provide food and shelter for countless Jews, not just at her family's home but throughout the Netherlands and elsewhere. With her tenacity in addition to her survival of the concentration camp, it's no wonder she is the most famous of the ten Boom family, but there is a more subtle character in all of Corrie's stories that maintains my fascination - her sister, Betsie.

It was Betsie that brought joy and light in the darkest places. She had a calm and gentle spirit, and often baffled Corrie with her continual concern over the enemy. "If people can be taught to hate, they can be taught to love," she would explain. As Betsie and Corrie entered one concentration camp in central Germany a year or so into their imprisonment, they found the bunkhouse at more than double the over-crowded designed capacity, and it was filled with fleas. As Corrie was understandably complaining and angry at such horrid conditions, Betsie was carrying on this very casual conversation with God, "Show us how to live in these conditions."

With sudden revelation, Betsie exclaimed to Corrie that God had already given them the answer in their Bible reading that morning from 1 Thessalonians 5. Corrie regurgitated what she recalled "Comfort the frightened, help the weak, be patient with everyone. Don't repay evil for evil, and always seek to do good to one another." But Betsie urged her to continue because the answer lied in the scripture ahead, so Corrie continued, "rejoice always, pray constantly, and give thanks in all circumstances; for this is the will of God in Christ Jesus." That was the answer.

Corrie, while biting her lip, reluctantly joined her sister in thanking God. Betsie began her list - thankful, that for some reason there was no inspection in this room which allowed them to sneak in their Bible. Crowded conditions were definitely on the list of things to be grateful for because, in Betsie's mind, more people would hear when they shared God's word. Then, Corrie protested as Betsie thanked Him for the fleas. Betsie protested in return, "Fleas are part of this place where God has put us." And so Corrie and Betsie stood side by side thanking God for the fleas even though Corrie was convinced Betsie was wrong this time.

I am Corrie. I am a doer, but my natural state is to get frustrated at people... mean people, people who don't love the way I think they should. I get frustrated at my surroundings and circumstances. How ridiculous it once seemed to me to believe that God will use even fleas to our good. To live with such a belief means I am in denial, living with my head in the clouds rather than my having my feet planted in reality on solid-earth... or does it? Maybe Betsie was onto something that I, and maybe many of us, need to grasp.

There remained no inspections of their bunkhouse even as the months passed, so the ten Boom women continued holding tightly to their Bibles and hosting daily studies and worship times. After a long day's work, Betsie returned to the bunkhouse with quite a smirk on her face, so of course Corrie enquired.

"You know we've never understood why we had so much freedom in the big room," she said. "Well - I've found out."

That afternoon, she said, there'd been confusion [about the work being done in that room] and they'd asked the [Nazi] supervisor to come and settle it.

"But she wouldn't. She wouldn't step through the door and neither would the guards. And do you know why?"

Betsie could not keep the triumph from her voice: "Because of the fleas! That's what she said, 'That place is crawling with fleas!'"

My mind rushed back to our first hour in this place. I remember Betsie's bowed head, remembered her thanks to God for creatures I saw no use for.

Corrie had seen no use for those creatures. This statement has struck me at my core. In my arrogant nature, I, too, am tempted to see no use for certain "creatures"... those whom I feel justified to shun in person and by prayer because they do things that seem contrary to the truths of God in which I hold so tightly. How hypocritical of me because Jesus Himself stated that "It is not those who are well who need a physician, but those who are sick." He did not come to call the righteous but sinners to repentance. I, too, was once a "worthless" creature. I did not breach the doors of the capitol nor did I burn down a store front, but I took lightly the lives of others in order to seek my own ideals and good. Even for just causes, I have done things contrary to His ways, yet He still called me, pursued me, and never-ever called me "worthless". Instead He called me child and brought healing to my soul.

To say I have heard the word "unprecedented" a million times in the past year is likely an understatement. While many of today's circumstances have not been experienced by us personally, many before us have lived through something similar to or worse than what we are facing. It doesn't make our circumstances less hurtful or difficult, but it can provide insight and hope for God's faithfulness in the midst of it all. How did our forefathers of faith find endurance, comfort and healing?

"Rejoice always; pray without ceasing; in everything give thanks; for this is God's will for you in Christ Jesus. Do not quench the Holy Spirit; do not despise prophetic utterances. But examine everything carefully; hold fast to that which is good; abstain from every form of evil... Faithful is He who calls you, and He also will bring it to pass." 1 Thessalonians 5:16-22, 24

Lets walk faithfully together in these precedented times. I love you all, and thank you for reading.

Father God, we give you praise, honor, and glory for all that has happened, is happening, and will happen. We don't have clear perspective of Your plans and ways, but I believe you are faithful and can be trusted for any and every circumstance. Just because I entrust all circumstances to You doesn't mean that I condone the actions of everyone - so help me to find peace and hope while hating sin - give me discernment on when, where and how to take action. Give us vision to see our "enemies" as You see them. Give us courage, faith and strength, just as You gave Betsie and Corrie. May the stories of Your faithfulness during our days, weeks and years live on with the generations beyond us, just as the ten Boom's story lives with us today. In Jesus name, Amen.

Featured Image by Mika on Unsplash